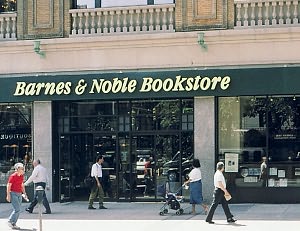 Come to the 2017 High School Admission Round 2 Fair 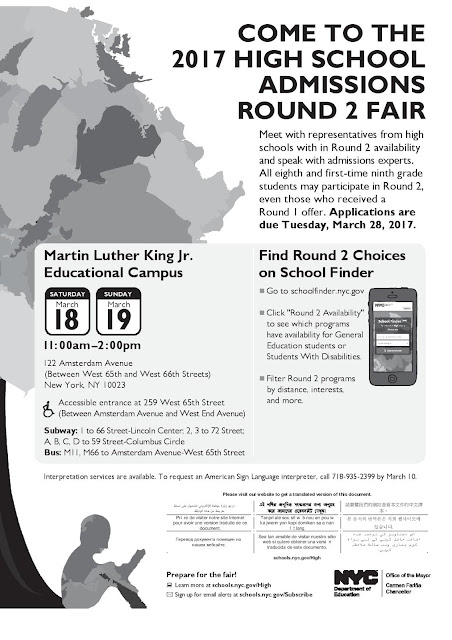 Posted by Rachel at 5:30 AM No comments:

Sunday, March 5, 10 AM - 11:30 AM at 55 Prospect WestNYC Teen Political Action Bootcamp
Interested in opposing Trump’s agenda through grassroots political action? Learn how at Activist Bootcamp with Indivisible Nation BK, a subgroup of #GetOrganizedBK. Using the Indivisible Guide as our inspiration, we will teach you how lobby your elected representatives to oppose Trump and to fight for democratic values. RSVP here.
Posted by Rachel at 9:47 AM No comments: Calling all aspiring journalists! Kids in the United States and around the world between the ages of 10 and 14 with a nose for news and a passion for writing can now apply to join the 2017–2018 Scholastic News Kids Press Corps.
Learn more and download the application here: www.scholastic.com/kidreporters
Completed applications must be received by May 31, 2017.
The talented group of young journalists from across the country and around the world covers "news for kids, by kids." This past year, the Kid Reporters covered national and global events including Election 2016, Lunar New Year celebrations, and the Consumer Electronics Show 2017 in Las Vegas.
Past Kid Reporters have also conducted a number of high-profile interviews with politicians, authors, musicians, and professional athletes such as President Barack Obama, Former First Lady Michelle Obama, country music star Tim McGraw, and Olympic gymnast Gabby Douglas, among many others.
Encourage the aspiring journalists you know to apply! Follow the Scholastic News Kids Press Corps on Twitter @KidsPress and find the full collection of Kid Reporter stories and interviews on the Kid Reporters’ Notebook.
http://oomscholasticblog.com/post/now-accepting-applications-2017-2018-scholastic-news-kids-press-corps
Posted by Rachel at 9:46 AM No comments:

Promote Your Page Too

Rachel
I am the parent of teen girl and special needs son who is inching closer to the perilous teen years. I created the Parents of NY Teens Listserve to help parents muddle through the difficult world of parenting teenagers in this city. If you live in the NYC area and have a preteen or teen and wish to join, send an email to Parents of NY Teens